No to Putin’s war! No war logic! Solidarity with the people of Ukraine!

Putin's invasion of Ukraine makes us uncertain, shocked, almost helpless – but not speechless! We see pictures of fleeing people, of small children, workers, students, families, elderly people, who try to leave the cities as quickly as possible. We see bombed houses and we see endless war material.  We, the European Young Christian Workers, express our solidarity to the people in Ukraine, to the refugees and to all the victims of the war. This war of aggression was unleashed by Vladimir Putin on the basis of lies and historical falsifications only responding to an imperialist logic. We express our consideration and our respect to the people in Russia who denounce and mobilize against the war.

We demand an immediate end to the war actions of the Russian military and the withdrawal from Ukraine. We demand diplomatic negotiations and initiatives that promote peace and the right to self-determination of the Ukrainian people.

It is difficult to defend peace in times of war. It seems important to us to affirm that peace is a policy which is built by solidarity between peoples, by the refusal of bloc logics and by the refusal of militarist investment.

We see the logic of war spreading in other states. Some EU countries are planning on investing huge amounts of money in military armament, using the conflict in Ukraine as an excuse to do so. This money creates powder kegs instead of peace. We want the means to be allocated to carry out peace policies. Where are the large sums for labour protection, climate protection, Covid consequences or education? What investments go into the promotion of democracy, the international exchange of young people or into solidarity-based economic projects?

We also hear about selection at the borders between "good" and "bad" refugees and see people reproduce this thought pattern in media. People are discriminated  because of the colour of their skin or their language and are turned away. What cynicism! We demand freedom of movement for all people who set out to escape war, injustice and repression. We Ask the european governements to welcome all the refugee with dignity and solidarity

For FEB, the Belgian employers' federation, there is a new generation that spontaneously wants to become independent and wants flexibility, preferring it to stability. The "Temps presse!" campaign conducted a counter-investigation.

It appeared that the segmented labour market, flexible contracts and the difficulties of being recognised as a jobseeker are seen by a majority of young people interviewed as a brake on their expectations.

In October 2017, the Federation of Belgian Enterprises (FEB) organised its "Young Talent in Action" event to present its solutions to the problem of youth unemployment on the basis of a survey conducted by IVOX, a market research firm specialising in online questionnaires in the form of a competition. FEB concluded that "Tomorrow's young workers are very flexible and expect the same attitude from their future employer". It calls for the control of wage costs, the reintroduction of the trial period or the relaxation of the rules on temporary agency work. What is generally identified as the causes of young people's difficulties (not chosen flexibility, temporary work, self-employment scheme) becomes, after investigation by the FEB, precisely what would free young people from precariousness. 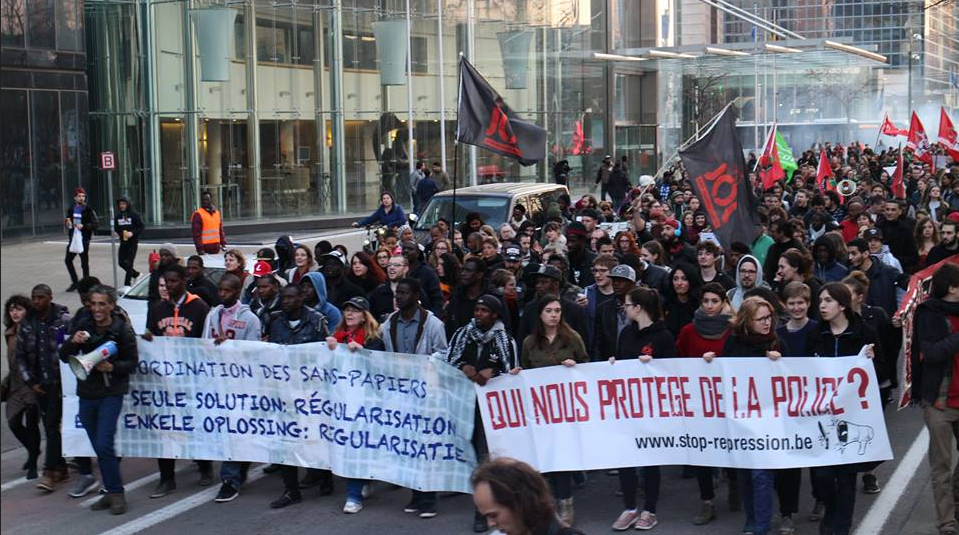 No to Exclusion - yes to an intercultural Society

The YCW is an international Movement of young workers, for young workers, run by young workers. In the YCW, young people learn through action, to analyse, evaluate, and thus to understand their situations, in order to change them and see them in a wider context.

For the past three years, YCW Europe's work has taken the form of a broad campaign against social exclusion and for an intercultural society. Many of our local actions and projects have been able to identify the problems we, as young people, experience on a day-to-day basis and to develop alternatives. The experience gained through the local actions and projects has been pooled and discussed at national and European level.

This process has also helped us to arrive at a more concrete definition of what we mean by social exclusion and an intercultural society.

B. What we say

The aim of this list of demands is to express our deepest aspirations as young people:

The desire for freedom, for friendship, to be an important part of society and to experience intercultural living.

Our demands and observations stem from our local actions and projects. We would compare our society to a train rushing ever faster down a track, with many of its passengers fearing that it might be hurtling in the wrong direction. Economy and politics try to find a solution by increasing the speed. We are looking for a new direction, a new track towards the future.

We believe in young people's ability to shape their own lives and to contribute to shaping society. Young people are individuals with their own personalities, dreams and aspirations, and they need the chance to translate them into reality.

Read more: No to Exclusion - yes to an intercultural Society

Developing a New Concept of Work